Well, not dead, but certainly dying. Up until late 2012, the Google search popularity for "data scientist" tracked that for "data science" but thereafter has sagged.

This trend is even confirmed, though to a lesser degree, in Indeed.com job postings: 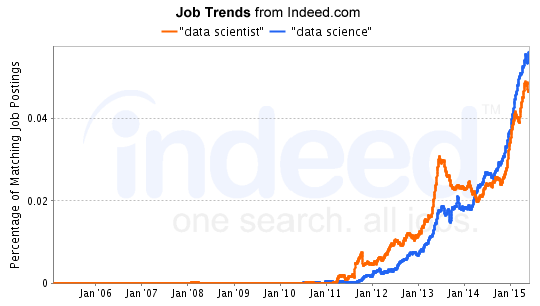 Why is this? I can think of three possible reasons:

The term "data scientist" can mean different things to different people. In one extreme, it can mean expert statistician, machine learning engineer, Big Data Engineer, expert at data software (R, SAS, Jupyter, Excel, SQL, Linux command line), and domain expert all in one. Many are shy of even appearing to claim all of that, and so opt for less lofty titles like "Data Analytics". Still, Data Science itself must be accomplished, and so it does, regardless of the individuals' titles.

2. Data Science is a Team Sport

As is often said at the Data Science Association, data science is a team sport. Whereas in 2012 when a company wanted to kick off a data science initative and they thought, "oh, let me advertise for a data scientist," now companies know they need a team that includes Big Data/database engineers and data curators.

The concept of a data science team has been gaining popularity since 2013. 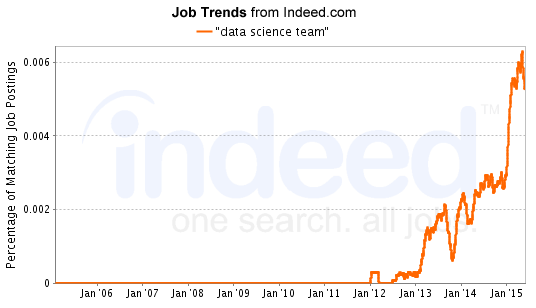